The last month has been one of my all-time favorite months...

...and I'm not even exaggerating.

So much awesome stuff has happened! Get ready...it's a long post with lots of pictures.

First, one of my favorite bloggers had a baby!

It was so super stressful for me though because she waited an extra 10 days past her due date to give birth and I was camping at the time and couldn't text her hourly for updates. Actually, I could. We had cell service in The Wild. But I didn't want to make her birth experience all about me.

Right before that happened, my kid was in her first-ever race! Not running.


I was pretty stoked she wanted to try rowing. I reassured her that just because it defined my lifestyle for over a decade that if she didn't like it, it would be no big deal. She told me she loved it after the first day. I was super annoying by asking her every. single. day. if she was just saying that or if it was true. She kept pleasing me by saying it was true. At the end of the week of camp, they had races. I really didn't want to make it all about me, so I didn't wear any of my old national team gear...just the hat. I was so bummed that no one noticed. Just kidding. Sort of. I didn't wear any of my gear...but I would have been bummed if no one noticed. Really just kidding. She was actually really good at it! And her boat did very well. And she wants to keep doing it. Not kidding at all. Or exaggerating.

The next amazing thing that happened was we went camping!!!!


photo highlights of week one 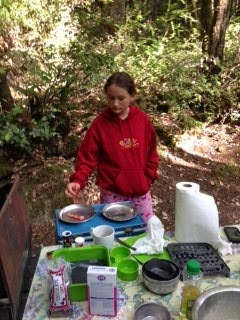 We traveled through some weird time-warp. Google Maps said it was supposed to take less than 4 hours but somehow it took over 6. Since we got a late start, it was pitch dark when we arrived. Setting up a tent with a passel of hungry, tired people is something I never thought I'd call fun. And I'm sticking with that thought.

Nonetheless, it was my all-time favorite camping experience...and I'm not even exaggerating.

Until this last one.

It surpassed all others in awesomeness, mostly because we scored the coolest campsite EVER.


photos of the amazingness that was week two


We finished camping on the 2nd and did fireworks on the 3rd...a neighboring city beats the crowds by going early. I'm not going to post any pictures of the fireworks because you can just google search "fireworks images" and see way better photos than what I ended up with. I tried to video the finale of the show but had my iPhone camera in the wrong mode and just took a blurry pic of the first thing to explode.

My hip is super amazing...and I am totally NOT even exaggerating. No pain. Hiking up to 6 miles at a stretch. Schlepping camping shit hither and yon. Carrying tired kids on hikes. Driving for 6+ hours at a stretch with a lone slushie break. Yep. Hip replacement is killer. I'll post about my return-to-running plan soon, but for now I'm not dwelling on it. It's going to happen...just not now.

I almost forgot my rainbow engagement questions! Ugh...I am soooo out of practice.

Do you camp? Where's your favorite place?

Are you a mountains, forest, desert, or beach person?

Do you like fireworks? Did you take pictures and post them on your blog or IG? I want to see them!
–I LOVE fireworks.

If you had a hip replacement, would you run on it?