I have nothing interesting to say today except that my family went to Disneyland.

Coincidentally, it was the same exact weekend as the #dumbshitdoubledare. I'm NOT implying that people who run Disney races are dumbshits so stop waving your mouse-ears at me. Nor do I wish to malign Dumbo. In fact, it could be argued that my husband and I are the dumbshits for deciding to leave for an 8-hour drive with a bunch of tired kids at 5 pm on the Friday of Labor Day weekend. Oh, and going to Disneyland in the first place... compounded by "on Labor Day weekend." Dumb.


I'm calling it #dumbshitdoubledare for reasons that have nothing to do with DISNEY or DUMBO. 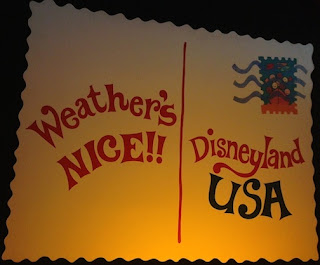 It was about 100ºF. All weekend. Maybe it cooled off to 80something when the sun went down. It's a good thing people rarely actually RACE these Disney runs. But I don't think racing in the heat is inherently dumb.

Not only do people wear costumes for these races, but then some of them go to the park all day in the costume. But even that isn't all that dumb.

Walking around in a ginormous neon green and pink tutu with matching compression calf-sleeves and flipflops ALL DAY LONG is dumb. Although I guess it could be stated that they were SLEEVES and not full-on socks so beating the heat...sort of.

Then I couldn't help but notice the medals. Which is the whole point of wearing 15 medals (or at least one or three) around ALL DAY LONG. To be noticed.

I'll admit it. I have a thing about finishers' medals. I think they're bogus. But that's just me, and we can still be #bloggingbesties even if you like them. Maybe. I remember tucking my medals into my top upon leaving the podium and then taking them off and putting them away upon leaving the course area.  Parading around in a medal always seemed kind of braggy to me. But I guess if you're wearing the same medal as everyone else then it isn't braggy?

People were wearing the medals around not just all day the day of the race but also all day THE DAY AFTER. And it was so fucking hot. I felt like I was drowning in sweat just looking at them with all that weight around their necks. On thick, heavy ribbons. Clanking like fucking Jacob Marley in The Christmas Carol, doomed to walk the earth never finding rest or peace.

So that was the super dumbest part.

I did some dumb stuff, too. Mine mostly involved reading things incorrectly.

But also...I do not recommend doing an intestinal cleanse while on a road trip...with children to Disneyland just made it extra special. This was almost as dumb as wearing 15 lbs. of clanking shininess weighting down your neck for days on end. But not quite.

Stay tuned for my next post on how to single-handedly destroy a roadside rest stop...


Do you like Disneyland? What is your favorite ride?
– I do like The Magic Kingdom. My faves are a tie between It's a Small World and Space Mountain. Conflicting sides of my personality.

Have you ever done an intestinal cleanse program? How long did it last? Did it help?
– I was going to try a kabocha squash and chili flake cleanse but then I found out I am potato-intolerant... instead I'm following a 90-day program, and it's a good thing I'm not trying to run at this time.

Do you have trouble reading sometimes? What is the most egregious reading error you've ever made?
– I know you're wondering why I'm asking you about egrets.

Are you old enough to remember Flavor Flav?
– YEAH BOYYYYYYYY!!!!!!

Do you race for the medals and swag? If not, why do you race?
– Unless I'm winning, I really don't want a medal. I race for the satisfaction of pushing myself and seeing what I can do in that moment.