Wishing you could have that Hood to Coast Relay experience? Enter this giveaway!

WHERE ARE ALL THE FUCKING POSTS ABOUT HOOD TO COAST????

AM I JUST NOT READING THE RIGHT BLOGS????

It is the EPIC-est of all races...THE MOTHER OF ALL RELAYS FOR FUCK'S SAKE!

Yes, I'm shouting because I'm fucking PISSED. And I'll bet you are, too.

This time of year we've grown to expect a ton of shit about a certain hydration company and HTC and packing lists and relay training being so different from "regular" training. Have I missed all the "Meet My Team SQUEEEE!" posts? Maybe the relay cyberwaves have been so fucking saturated with Ragnar shit that I was blinded by that excitement...or put to sleep by it? There's like a BILLION fucking Ragnars...but only ONE #HTCRelay, goddammit.

I wonder if that hydration company's focus is no longer on generating bloggy buzz (since they ARE the HTC official hydration product) but more on winning the deal? I wonder if everyone on their teams is afraid to post anything for fear of being branded a sell-out or ridiculed on SnarkfestOnTheInternet? Or maybe they've been instructed to keep all things HTC quieter than in years past and really amp the fuck out of Ragnar...now that they are the official Ragnar hydration sponsor, too? In any event, the HTC vibe is suspiciously down low.

I know that the company is fielding three teams...two of bloggers that were listed on the company blog and one that is emphasizing superspeed, was not listed on the company blog and is not being very openly discussed. I wonder if they're trying for the "surprise factor"? The third team has 4 Nuun HTC returnees...all fast. It has a bunch of runners who wear The Bird shit. It has runners who've been to the Olympic Trials and barely missed going to The Games. A 32-minute 10K'er and at least one sub 16-minute 5K'er. Several sub 3-hour marathoners. They will probably finish with a 6:15 average pace. They will probably win. And they don't even have to shill the product OR sparkle. What a fucking gyp.

I'm offering YOU a chance to simulate your own version of @HTCRelay with my #amazeballs, fucking kick-ass, #awesomesauce giveaway.

So whether your video application was rejected or you're camera shy or you'd just rather win MY contest and run at home from the comfort of your own driveway, this baby is for YOU.

All you need is a car and some water to mix with the hydration tablets that shall not be named and a timer (#GYMBOSS anyone?) to let you know when 8-9 hours have passed and it's time for your runnyrunrun. A sleeping bag and a pillow will make you more comfy and grabbing a couple of friends...or better yet, a few random strangers...will further authenticate the experience.


And if you don't win this time, remember...there's always... yeah...nevermind. (That's an inside joke for people who actually watched that brilliant featured video. Go back and watch it if you want to be "in the know")

This giveaway includes all the #freeshit in the photo below: 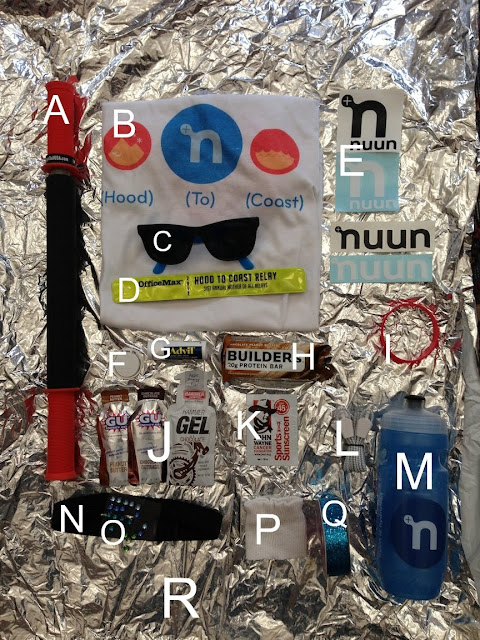 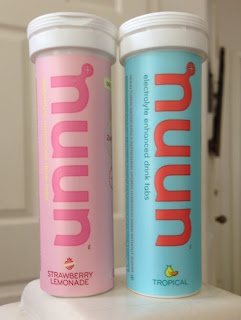 A. TigerTail massage stick (worth the giveaway by itself...you could just throw all the other shit away)
B. Hood to Coast t-shirt, women's medium
C. crappy sunglasses
D. official Hood to Coast hand-off slap bracelet
E. hydration company stickers to put all over your neighborhood's vehicles...unsuspecting vehicular tatting
F. official Hood to Coast timing chip
G. Advil...great for using during your personal relay AND for your private after-party
H. Builder's 20gm Protein Bar to keep your energy level lasting. It is expired but only recently.
1. RUN OR DIE bracelet...I just can't get behind this obsessive mentality
J. GU's to jack you up for each leg
K. Sunscreen...because it's the safe thing to do
L. Yanks elastic shoe laces so that you don't need to tie and untie between legs...especially handy in the dark
M. HYDRATE, MUTHERFUCKERS!
N. Black headband
O. Glittery shit to customize your headband's sparkle
P. Artisan-made Garmin Wrist Protector
Q. Sparkly turquoise ribbon to staple to your shorts' waistband, creating a sparkly skirt effect
R. Emergency reflective blanket


Some of you will be disappointed to know and others of you will be delighted to know that the above hydration product IS included in the giveaway. I really don't like those flavors AND will not be needing an electrolyte product anytime soon so I'm unloading. Fucked but true on all counts.


Included but not pictured:

You'll need to provide: a headlamp and reflective vest for those runs between the hours of 6 p.m. and 7 a.m., your own Moving Comfort sports bra, your own PickyBars, and your own Chobani (those fuckers still haven't contacted me).

This giveaway is open until Saturday, August 10, 2013 at midnight. Leave a comment containing pertinent information below to enter. Entries will be unfairly weighted by the following criteria:

Disclaimer: you really don't want to know how or where I got all this shit. But I guarantee it's not stolen or diseased or unclean in anyway. No one paid me to say any of this...I received no compensation for this post or this giveaway. Ummmm....what else? Hmmmm...oh...I don't care if you live outside the USA or are a guy, anyone can enter. Good luck to all three of you. And I swear this giveaway is legit.