WIAW. AKA WTF is that?

I'm sure you're dying to know how my Dragon Warrior Diet is going. I gave it up. It sucked. It sucked mostly because the ginkgo tree across the street lost all of its leaves just before Christmas, so there's no leaves with dew for me to combine with universe – uh – juice. So fuck it.

Today I tried a fast/cleanse thing. It sucked. It sucked mostly because when you fast, you don't really get to eat. When I don't get to eat, I wind up STUH-HARVING.

It started with this – 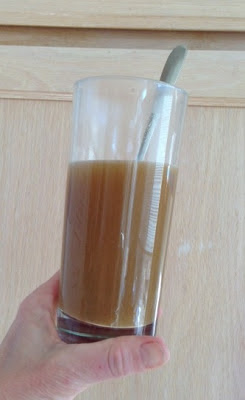 I took a couple of fistfuls of supplements, too. It all gave me heartburn. Who knew being healthy could be so painful?

A few hours later I found myself sitting across a table from my husband while he snarfed down sashimi. I stole some. Fuck the fast/cleanse. I was STUH-HARVING. No pictures. He thinks taking photos of random, mundane food items is absurd and has threatened legal action if I ever do that to him in public. So picture it in your head – and do NOT say "nom nom." You will wind up bleeding.

More time passes. I try to pass off the sashimi theft as a blip in the food plan for the day. Not working because –

There was cookie dough in the fridge. Home-made cookie dough. You can think it but don't say it. A bandaid won't help what I would do to you. I took some for the road – a baseball-sized glob. It didn't make it far enough to be photographed so here's a shot of the empty bowl – 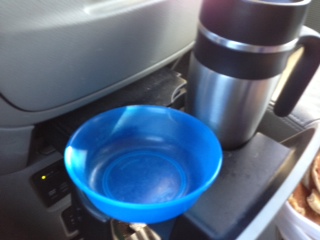 All that sugar helped me make it to my kids' bedtime. Thank GOD it was a lot of sugar so I didn't crash too early.

Once everyone else was in bed, I realized that "hmmmm. Maybe something GOOD FOR ME would feel good in my body? maybe it would help my body feel good?" Genius, I am. Unfortunately, at this point I had no energy to even look for a Chobani or make a SpiruChia Smoothie.

Oooooooo! Chips and salsa and guacamole! I literally licked that little ramekin clean. Licked. It. 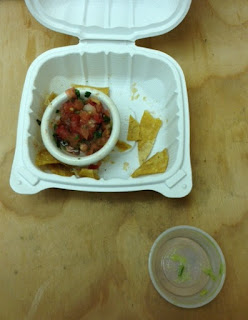 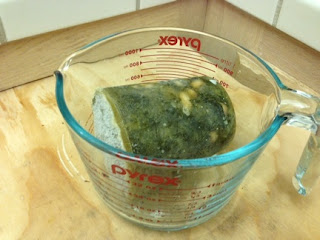 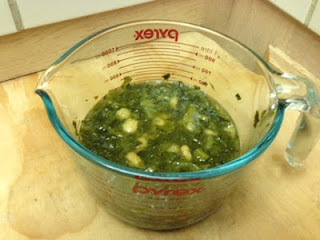 There are BEANS in that soup to offset the kale and onions.
7-Up is the UNcola. I am the UNpaleo.

That's it. Fuck the cleanse. Have some goddamned dinner. 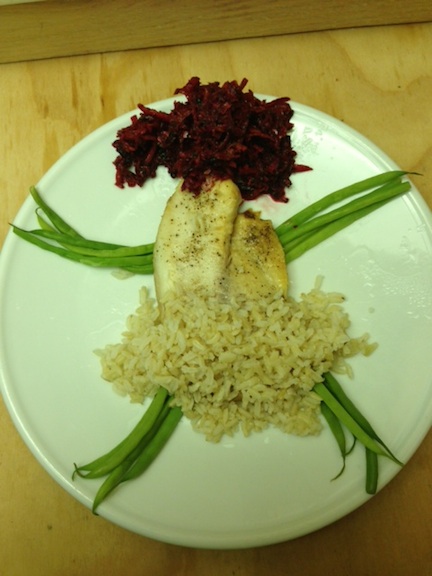 Tilapia fillet and green beans with steamed brown rice from
TRADER JOE'S
*squeeeeeeee*
And purple dulse and seaweed salad that you know is really, really good for you
because it is so fucking expensive. 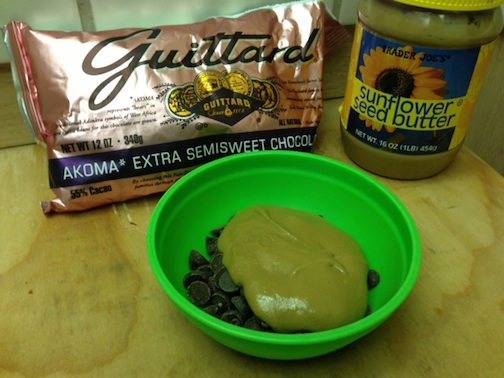 Stepping it up a notch – seed butter instead of nut butter.
Fair-trade chocolate chips, dairy-free and without soy lecithin –
just to dig a little deeper into my pocketbook.
Microwave to make it all melty and radioactive.

Now you can say it.

(Did you notice it was all gluten-free?)